What the heck is a “spicy fly?”

Pleasure in Pain and the Spicy Fly.

Since time immemorial, humans have appreciated putting things into our mouths that hurt a little bit. Whether you’re a spice padowan or a spice Jedi, there’s a good chance that you’re part of the overwhelmingly large part of the population that appreciates spicy food and drinks.

In English, we refer to the phenomenon of our vanilliin receptors getting over-stimulated as “spiciness,” wherein a molecule that can activate a particular flavor receptor can also convince us that our mouth is on fire. 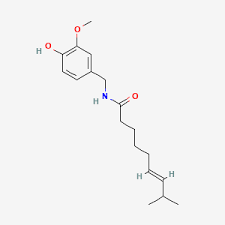 This molecule, capsiacin, freaking out taste buds since before there were humans.

But more recently, there have been a few runaway instances of the word “spicy” that have emerged in Internet parlance that may have crept across your desk. In the interest of Boomer-Zoomer diplomacy, we have compiled this article of spicy neologisms.

“The thread got spicy”

Perhaps related to the condition of being “salty” (link), a “spicy” thread occurs when tempers get heated for some reason (or, all too often, for apparently no reason). Much like spicy food, a thread that’s gotten spicy can be entertaining on some level but uncomfortable in high doses. Thankfully, unlike Internet drama, we’re pretty sure nobody has ever been physically hurt as a result of eating too much spicy food.

When I was young, I knew a darling couple who came with an adorable cat named Sputnik. They lived in this basement apartment where I could barely stand up, and Sputnik got in and out through this little window that opened up onto the lawn. She would sit in that window and wait for flies to fly up toward the one source of natural light, and… boom! just catch them out of the air with one little ninja paw.

This is a pastime of so many quadrapeds, who — dogs especially — will eat their prey, to the appreciation and disgust of their human family. But sometimes, our friends end up tangling with a far more dangerous type of prey: the dreaded spicy fly. 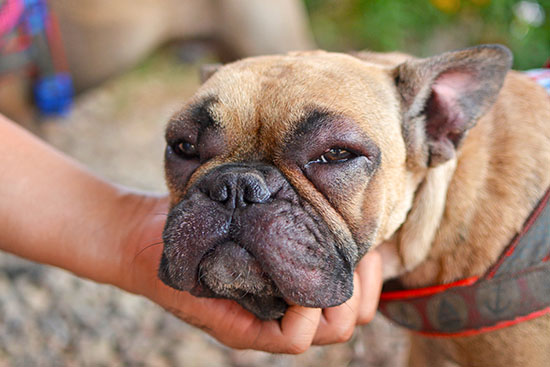 That’s right. The “spicy fly” is a flying insect with a really sharp butt — wasp, bee, hornet, you name it.

Fortunately, most such animals survive these confrontations. But usually not without a lot of fun getting made of them by their human friends with cameras.

Although capsaicin has been found exclusively in pepper plants, that hasn’t stopped humans from putting them into non-pepper foods such as barbecue, mac & cheese, fried rice, and so on. Here are a few of the more novel things we’ve seen become spicy that weren’t originally. 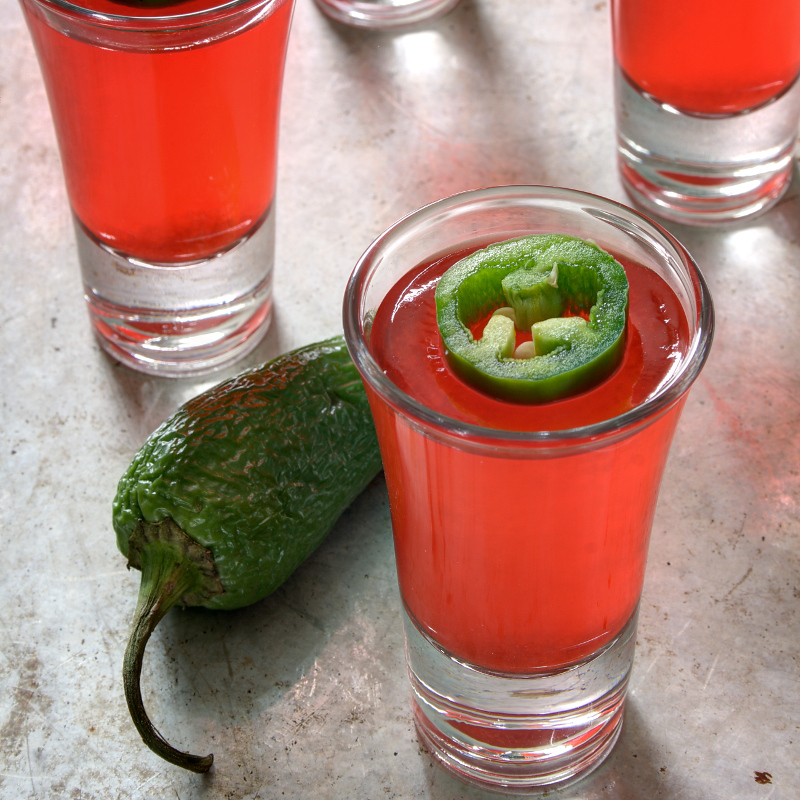 OK, admittedly we Googled this one as an example of one of the silliest foods to make spicy, and sure enough the Internet has provided. Red Hot flavor! Sriracha jello shots! Spicy applesauce jello! Red hot jello salad! 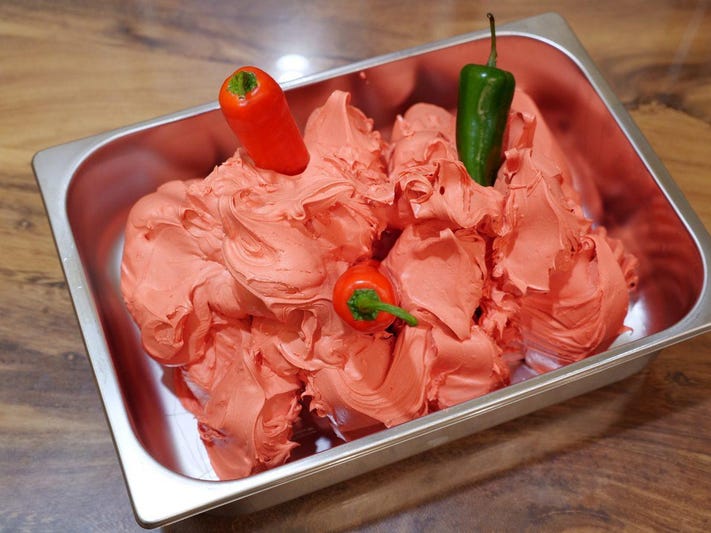 In Rehoboth Beach, one ice cream shop sells an ice cream that’s so spicy they ask for waivers from anyone who wants to buy it.

Lemonade may typically be a kind of “cooler,” but here at Potter Wines in Boise, ID we have been selling Jalapeno Wine Lemonade to go with a flight of recipes that call for something sweet, tangy, and boozy. Here are a couple of samples:

This website uses cookies to improve your experience while you navigate through the website. Out of these, the cookies that are categorized as necessary are stored on your browser as they are essential for the working of basic functionalities of the website. We also use third-party cookies that help us analyze and understand how you use this website. These cookies will be stored in your browser only with your consent. You also have the option to opt-out of these cookies. But opting out of some of these cookies may affect your browsing experience.
Necessary Always Enabled
Necessary cookies are absolutely essential for the website to function properly. These cookies ensure basic functionalities and security features of the website, anonymously.
Functional
Functional cookies help to perform certain functionalities like sharing the content of the website on social media platforms, collect feedbacks, and other third-party features.
Performance
Performance cookies are used to understand and analyze the key performance indexes of the website which helps in delivering a better user experience for the visitors.
Analytics
Analytical cookies are used to understand how visitors interact with the website. These cookies help provide information on metrics the number of visitors, bounce rate, traffic source, etc.
Advertisement
Advertisement cookies are used to provide visitors with relevant ads and marketing campaigns. These cookies track visitors across websites and collect information to provide customized ads.
Others
Other uncategorized cookies are those that are being analyzed and have not been classified into a category as yet.
SAVE & ACCEPT
Cart
Checkout - $0.00
X